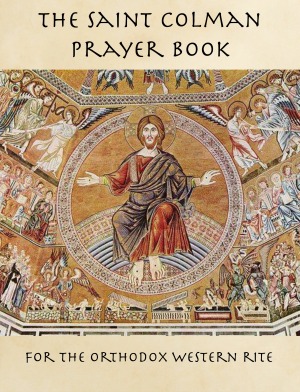 A thoroughly comprehensive prayer book available for the Orthodox Western Rite containing three liturgies, daily prayer, the rite of holy week, and all the various services (marriage, baptism, house blessing, funerals, blessings of water, etc) for use throughout the year. We hope it will be of interest to Anglicans, Catholics, and others as well as the Orthodox containing as it does so much of our common western Christian heritage.

If you purchase the paperback through CreateSpace rather than Amazon the Saint Bride Hermitage gets a little more profit to put towards building our new chapel.

Both paperback and e-book are available through Amazon.

For more books by Kellbride Press, please visit our website.

This site seeks to promote genuinely Orthodox Western Rite usage, not some form of Anglicanism, Lutheranism or Roman Catholicism sheltering within Orthodoxy.  Hence its emphasis on pre-Schism liturgical practices where these can be ascertained.  The site expresses a vision of a national  Orthodox Church of the British Isles and one for western Europe, and is a resource for all Orthodox Believers.

THE WESTERN RITE WITHIN THE ORTHODOX CHURCH

All ROCOR Western Rite comes directly and personally under the direction of His Eminence, Metropolitan Hilarion, First Hierarch of the Russian Orthodox Church Outside of Russia

OTHER MEMBERS OF THE COMMISSION ON WESTERN RITE WITHIN ROCOR 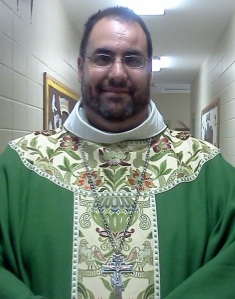 The Right Reverend Bishop John, head of the Antiochian Orthodox Western Rite in the USA

O Lord God Almighty, Eternal, Immortal, Invisible, the mysteries of Whose being are unsearchable: Accept we beseech Thee, our praises for the revelation which Thou hast made of Thyself: Father, Son and Holy Ghost, Three Persons and One God; and mercifully grant that, ever holding fast to this faith, we may magnify Thy glorious Name, Who livest and reignest, One God, world without end. Amen.                        Second Collect for the season of Trinity.

“Never, never, never let anyone tell you that, in order to be Orthodox, you must also be Eastern. The West was Orthodox for a thousand years, and her venerable liturgy is far older than any of Her heresies.”

+ Saint John the Wonderworker of Shang Hai and SFr

The restoration of our Christian heritage.

For a thousand years, from AD37-45 to AD1054-66, the people living in the British Isles and western Europe believed and worshipped God as an integral part of the undivided Orthodox Catholic Church. That Church was governed world wide by five Patriarchs, those of Constantinople (the Ecumenical Patriarch), Rome, Jerusalem, Antioch and Alexandria. The Church in the British Isles was a Local Church as was twice legislated by the Witenegemot (parliament) in the AD 700s, having at its head the Metropolitan Archbishop of Canterbury who was connected to the Patriarchs and was an expression of the common Orthodox Christian Faith held together with the other Local Churches throughout the world. The great saints of the British Isles such as Saint Aidan, Saint David, Saint Patrick, Saint Alban, Saint Chad, Saint Cuthbert, Saint Boniface, Saint Dunstan etc., were all members of that Orthodox Catholic Church in the British Isles which continued for a thousand years.

After the Great Schism between the Eastern Church and the smaller Western Church, the Western Rite of worship continued in Jerusalem, Constantinople, and Mount Athos for nearly three hundred years.

Through the 1860s there were discussions in Moscow about reinstating the Western Rite. In 1868 the Primus (Archbishop) of the Church of Scotland held talks in Moscow with Metropolitan Filaret of Moscow about reunion. A synodical commission was established to investigate the question and Dr. Overbeck was invited to state the case before the commission in St. Petersburg in 1870. Overbeck’s idea received the approval of the commission and he was instructed to present a revised Western liturgy for evaluation by the commission, which he did in December of that year which was subsequently approved for use – specifically in the British Isles. In 1882 the Patriarch and Synod of Constantinople gave conditional approval to the Western Liturgy and Offices.

Nearly thirty years later the Holy Synod again moved in favour of Western Rite for westerners in other parts of the world.

The Orthodox Church can clearly lead Europe and the west back towards a moral and just Christian society. We in the Western Rite can provide the missionary setting within western culture to allow the un-churched majority to at least connect once again with the Christian Church.

We therefore urge all men of good will to join with us to meet the challenge posed by the secularisation of our society. We urge Christian Members of Parliament, Christian business leaders and others of like mind to help us find ways of bringing back to Christianity, those of the now third and fourth generations of post-Christian people.

We urge readers to explore fully all the pages of this site. Many of them contain multiple articles which will repay investigation. At the same time we urge re-visits since this site will be updated constantly.